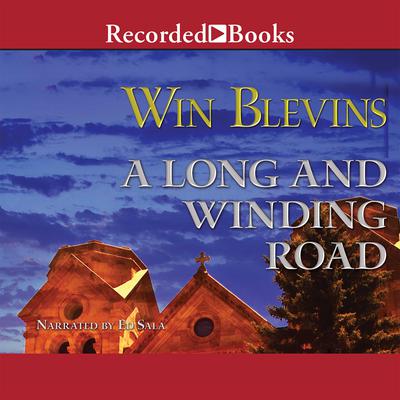 A Long and Winding Road

The fifth volume in Win Blevins' epic Rendezvous series, A Long and Winding Road finds Sam Morgan picking up the pieces of his life a decade after he first left his home in Pennsylvania looking for adventure. When his lover, the widow Paloma Luna-who is dying of cancer-sets off to pray at the shrine of the Virgin de Guadalupe, Sam finds himself a mission of his own. Two Mexican girls have been abducted by Navajo Indians, and Sam heads off into the New Mexico wilderness to rescue them.

Win Blevins is the New York Times bestselling author of a dozen novels, several volumes of informal history, and Dictionary of the American West. He has won the Western Writers of America’s Lifetime Achievement Award and was inducted into the Western Writers Hall of Fame. His works include the novel Stone Song, which won the Spur Award and a Mountains and Plains Booksellers Award for Best Fiction. So Wild a Dream won the Spur Award for Best Novel of the West. In 2003, Wordcraft Circle of Native Writers and Storytellers named him Writer of the Year.