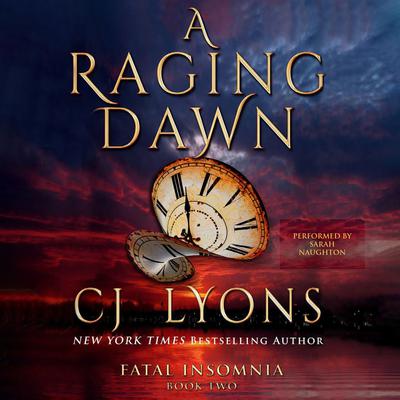 "I may be dying, but I've finally found someone to live for...."

It's been a sleepless month since Dr. Angela Rossi was diagnosed with fatal insomnia after a not-quite-dead nun reached out directly to Angela's mind and set her on the path to hunt down a serial killer. After learning she has only a few months left to live, Angela has left the ER and has one final case to testify at for the Advocacy Center. As soon as she brings justice to her last victim, a woman who was raped and brutalized seven months ago, Angela plans to take control of what little time she has left by escaping the sullen Pennsylvania December to a remote tropical island and ending it all on her terms. Her one regret is leaving Detective Matthew Ryder—he's been her solace in the midst of the chaos her life has deteriorated into.

When the rape victim is murdered on the day she's scheduled to testify and the rapist goes free without naming his accomplices, Angela makes it her mission to bring him to justice...one way or the other. She's helped by streetwise Devon Price, who doesn't care about the law but does care about justice. He argues that Angela could be the perfect vigilante if she wanted, given that she no longer has anything to lose or to fear. When a loved one is targeted, Angela is forced to betray everything she holds dear in an effort to stop the killers. Unfortunately there's a thin line between justice and vengeance.

C. J. Lyons is a New York Times bestselling author who, as a pediatric emergency-room doctor, has lived the life she writes about in her cutting edge suspense novels. She has assisted police and prosecutors with cases involving child abuse, rape, homicide, and has worked in numerous trauma centers as a crisis counselor and victim advocate, as well as serving as a flight physician for Life Flight. She credits her patients and their families for teaching her the art of medicine and giving her the courage to pursue her dream of becoming a novelist.