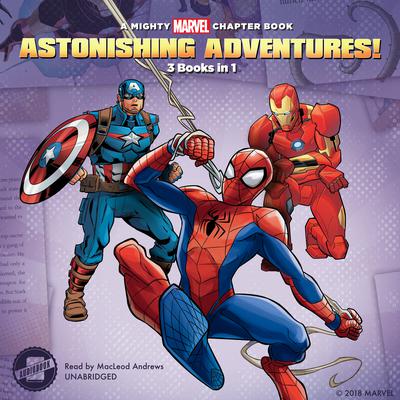 The Battle for Tomorrow Begins Today!

When S.H.I.E.L.D discovers HYDRA agents are preparing another measure for world domination, Nick Fury calls on Captain America to put an end to their evil plans! But even with the help of friends, Cap may not be able to stop TTHHEE TOMOORROW ARMY!

Spidey’s “Friendly” Battle in the City!

Peter Parker is always juggling school, friends, and being a Super Hero. So, when fellow student, Flash Thompson, starts bullying him he must find a way to control his powers. Plus, his Super Hero friends are acting strange and causing mischief in New York City. Can Peter save the day and stop the ATTACK OF THE HEROES?

When S.H.I.E.L.D. informs Tony that Avengers have gone missing, Tony transforms into Iron Man and jets off to the rescue! As Tony tries to take on the problems himself, he realizes he needs help from his friends. But will they arrive in time? Or will Tony be left out in the cold against A HUGE THREAT—THE SPACE PHANTOMS!