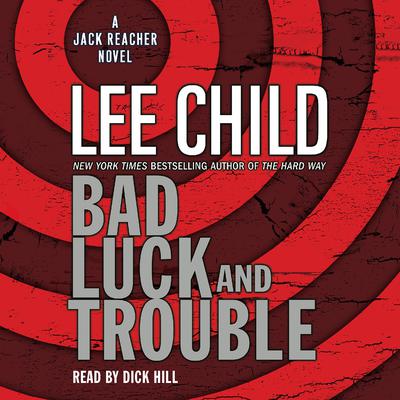 From a helicopter high above the empty California desert, a man is sent free-falling into the night…. In Chicago, a woman learns that an elite team of ex–army investigators is being hunted down one by one.... And on the streets of Portland, Jack Reacher—soldier, cop, hero—is pulled out of his wandering life by a code that few other people could understand. From the first shocking scenes in Lee Child’s explosive new novel, Jack Reacher is plunged like a knife into the heart of a conspiracy that is killing old friends…and is on its way to something even worse.

A decade postmilitary, Reacher has an ATM card and the clothes on his back—no phone, no ties, and no address. But now a woman from his old unit has done the impossible. From Chicago, Frances Neagley finds Reacher, using a signal only the eight members of their elite team of army investigators would know. She tells him a terrifying story—about the brutal death of a man they both served with. Soon Reacher is reuniting with the survivors of his old team, scrambling to raise the living, bury the dead, and connect the dots in a mystery that is growing darker by the day. The deeper they dig, the more they don’t know: about two other comrades who have suddenly gone missing—and a trail that leads into the neon of Vegas and the darkness of international terrorism.

For now, Reacher can only react. To every sound. Every suspicion. Every scent and every moment. Then Reacher will trust the people he once trusted with his life—and take this thing all the way to the end. Because in a world of bad luck and trouble, when someone targets Jack Reacher and his team, they’d better be ready for what comes right back at them…

“Electrifying…this series is utterly addictive.” —New York Times
Highly recommended ... One of the best books in the series. —Library Journal, starred review
It's easy to mock the testosterone of Reacher novels—until you read one. They're everything authors like WEB Griffin wish they had the talent to write. —Rocky Mountain News
Reacher thinks and acts in nouns and verbs—no adjective need apply. He's a human missile; all you have to do is aim him. —Palm Beach Post, Florida
“[An] action-packed thrill ride.” —Chicago Sun-Times
“A slam-bang yarn filled with Child’s usual terse life-and-death lessons.” —Entertainment Weekly
“Tension-packed…one of the most enjoyable of the Reacher thrillers.” —Orlando Sentinel
“Should be required reading for all aficionados of the genre.” —New York Sun
“A breathless, ultra-cool novel with relentless pacing.” —Cleveland Plain Dealer
“As usual in Reacher’s capers, practically nothing is what it seems, and the meticulously detailed route to the truth proves especially engrossing thanks to the joint efforts of this band of brothers.” —Publishers Weekly
“One of the best books in the series.” —Library Journal (starred review)
“Child remains the reigning master at combining breakneck yet brilliantly constructed plotting with characters who continually surprise us with their depth.” —Booklist (starred review)
“Perhaps there are action-lit writers more recognizable than Child, but the bet is that none of them will turn in a tighter-plotted, richer-peopled, faster-paced page-turner this year.” —Kirkus Reviews (starred review)
“With his spare and gritty writing style, Child again tosses his remote yet charismatic hero Jack Reacher into an all-too-personal case. With his own highly evolved moral code, Reacher is without doubt one of the most complicated and fascinating heroes around. Child is in a class by himself.” —RT Book Reviews (4½ Stars, Top Pick!)
“Once you meet Jack Reacher, you’ll be hooked, so be prepared to stock up on the series.” —Amazon.com