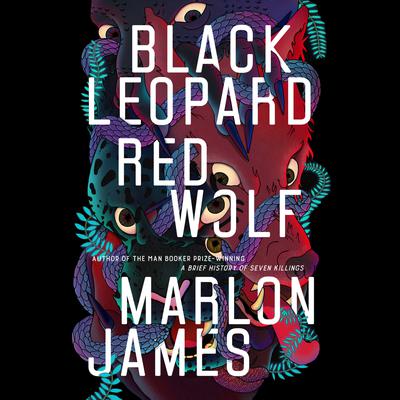 Shortlisted for the Foyles Book of the Year in Fiction

Longlisted for the 2019 National Book Award for Fiction

A GQ Pick of Best Books of the Year

A Vogue Pick of the Year's Best Books

Finalist for the 2019 National Book Award

Named a Best Book of 2019 by The Wall Street Journal, TIME, NPR, GQ, Vogue, and The Washington Post

"A fantasy world as well-realized as anything Tolkien made." --Neil Gaiman

The epic novel, an African Game of Thrones, from the Man Booker Prize-winning author of A Brief History of Seven Killings

In the stunning first novel in Marlon James's Dark Star trilogy, myth, fantasy, and history come together to explore what happens when a mercenary is hired to find a missing child.

Tracker is known far and wide for his skills as a hunter: "He has a nose," people say. Engaged to track down a mysterious boy who disappeared three years earlier, Tracker breaks his own rule of always working alone when he finds himself part of a group that comes together to search for the boy. The band is a hodgepodge, full of unusual characters with secrets of their own, including a shape-shifting man-animal known as Leopard.

As Tracker follows the boy's scent--from one ancient city to another; into dense forests and across deep rivers--he and the band are set upon by creatures intent on destroying them. As he struggles to survive, Tracker starts to wonder: Who, really, is this boy? Why has he been missing for so long? Why do so many people want to keep Tracker from finding him? And perhaps the most important questions of all: Who is telling the truth, and who is lying?

Drawing from African history and mythology and his own rich imagination, Marlon James has written a novel unlike anything that's come before it: a saga of breathtaking adventure that's also an ambitious, involving read. Defying categorization and full of unforgettable characters, Black Leopard, Red Wolf is both surprising and profound as it explores the fundamentals of truth, the limits of power, and our need to understand them both.

“James’ visions don’t jettison you from reality so much as they trap you in his mad-genius, mercurial mind.” — Entertainment Weekly
“Gripping, action-packed…The literary equivalent of a Marvel Comics universe.” —New York Times
“This African-inspired epic fantasy becomes an immersive experience as told by Dion Graham, whose deep-voiced narration makes listeners feel like they are walking in the shoes of the protagonist…At times, Graham’s raspy timbre resembles a growl, which works perfectly for Tracker. Overall, Graham’s rich character voices and accents, as well as his singing ability, will leave listeners itching for the next volume. Winner of the AudioFile Earphones Award.” —AudioFile
“No novel this year was as intoxicated by the pleasures and possibilities of storytelling as this bloody, bawdy, profane, deliriously overstuffed work of high fantasy.” —Wall Street Journal
“Highly original, its language surging with power, its imagination all-encompassing.” —Time
“Fantasy fiction gets a shot of adrenaline.” —Newsday
“Stand aside, Beowulf. There’s a new epic hero slashing his way into our hearts, and we may never get all the blood off our hands.” —Washington Post
A sprawling, epic fantasy... Fuses mythology, fantasy, and African history into a sensual, psychological triumph. —Esquire
“Black Leopard, Red Wolf is bawdy (OK, filthy), lyrical, poignant, violent (sometimes hyperviolent), riotous, funny (filthily hilarious), complex, mysterious, and always under tight and exquisite control.” —Los Angeles Times
“Black Leopard, Red Wolf is the kind of novel I never realized I was missing until I read it. A dangerous, hallucinatory, ancient Africa, which becomes a fantasy world as well-realized as anything Tolkien made." —Neil Gaiman, New York Times bestselling author
“Not just an African fantasy novel but an African fantasy novel that is literary and labyrinthine to an almost combative degree.” —New Yorker
He’s produced a sprawling fantasy novel set in a dark-age Africa of witches, spirits, dazzling imperial citadels and impenetrable forests. In a genre dominated by imagery derived from the European middle ages, Black Leopard, Red Wolf feels new and exciting. — Wall Street Journal
Like the best fantasy, like the best literary fiction, like the best art period, Black Leopard, Red Wolf is uncanny. —Boston Globe
Black Leopard, Red Wolf [will] surely redefine fantasy for many years to come. —Houston Chronicle
A standard-bearer for future fantasies. — Minneapolis Star Tribune
This is the kind of immersive fantasy saga that develops a devoted following, an impressive display of inspired storytelling that’s only just getting started. — San Francisco Chronicle
“James’ sensual, beautifully rendered prose and sweeping, precisely detailed narrative cast their own transfixing spell upon the reader.” —Kirkus Reviews (starred review)