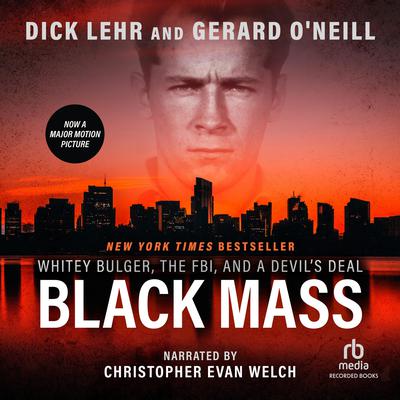 Black Mass: Whitey Bulger, the FBI, and a Devil's Deal

James "Whitey" Bulger became one of the most ruthless gangsters in US history, and all because of an unholy deal he made with a childhood friend. John Connolly a rising star in the Boston FBI office, offered Bulger protection in return for helping the Feds eliminate Boston's Italian mafia. But no one offered Boston protection from Whitey Bulger, who, in a blizzard of gangland killings, took over the city's drug trade. Whitey's deal with Connolly's FBI spiraled out of control to become the biggest informant scandal in FBI history. Black Mass is a New York Times and Boston Globe bestseller, written by two former reporters who were on the case from the beginning. It is an epic story of violence, double-cross, and corruption at the center of which are the black hearts of two old friends whose lives unfolded in the darkness of permanent midnight.

Dick Lehr is a professor of journalism at Boston University. He is the author of seven works of nonfiction and a novel for young adults. His book The Birth of a Movement: How Birth of a Nation Ignited The Battle for Civil Rights became the basis for a PBS/Independent Lens documentary. Two other books were Edgar Award finalists: The Fence: A Police Cover-up along Boston’s Racial Divide and Judgment Ridge: The True Story behind the Dartmouth Murders. He has previously written for the Boston Globe, where he was a Pulitzer Prize finalist in investigative reporting and won numerous national and local journalism awards. He was a John S. Knight Journalism Fellow at Stanford University.

Gerard O’Neill has won the Pulitzer Prize in journalism as well as many other national journalism awards. He was the longtime editor of the Boston Globe’s award-winning investigative team. He co-authored Black Mass and also, with Dick Lehr, The Underboss, as well as Rogues and Redeemers, a political history of the Boston Irish focusing on the city’s most famous mayors.