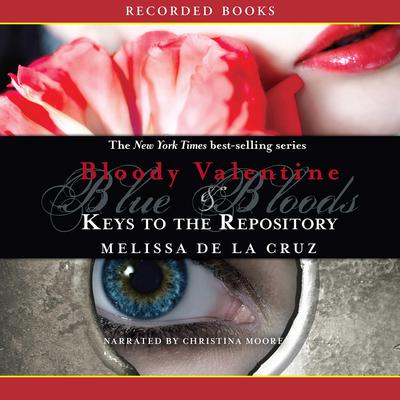 Bloody Valentine and Keys to the Repository

Melissa de la Cruz expands the lavish world of the Blue Bloods from her New York Times best-selling series with these two eagerly anticipated additions. In Bloody Valentine, de la Cruz offers a bittersweet tale revolving around several Blue Blooded star-crossed lovers-including Stephen and Allegra. In Keys to the Repository, the secrets of the Blue Bloods' world-which were hidden beneath the streets of Manhattan for centuries-are finally exposed.