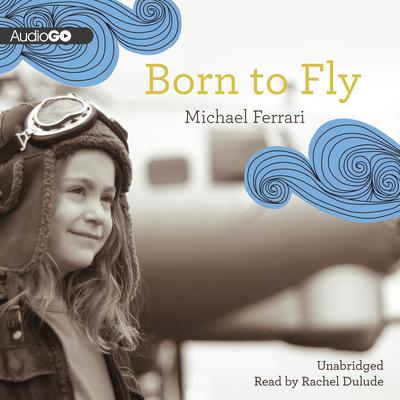 Ever since she can remember, Bird has loved flying in small propeller airplanes with her mechanic dad. When the local airstrip is turned into a military flight school, Bird is in heaven—and she manages to turn one young airman's interest in her older sister into some personal flight lessons. Then a young Japanese American student named Kenji Fujita joins Bird's class, and the entire school seems to be convinced that he's a spy, a secret agent, or at the very least, that he and his uncle want the Japanese to win. But through a class project, Bird and Kenji befriend each other and accidentally discover real spy activity in the area. So begins an adventure that will shake the town and may even change the future of the United States.

“Takes readers on a high-flying, nail-biting historical adventure that is uplifting and just good fun…Readers will be anxious to learn the fate of these two daring kids and the spy they are determined to derail.” —Publishers Weekly
“Bird McGill loves nothing more than flying with her dad, an airplane mechanic who is the only one who believes in her dream of becoming a P-40 Warhawk fighter pilot. Narrator Rachel Delude adopts just the right amount of spunkiness for this eleven-year-old tomboy. After the attack on Pearl Harbor, her dad is drafted. Then Bird befriends the new Japanese-American student, Kenji, and they uncover a deadly plot against the nation. Delude conveys the prejudice of the emotionally charged townspeople with perfection, particularly the bully, Farley. Listeners will be entranced by Delude’s talent for delivering young and old voices, the mocking tones of the defense attorney, and the tension of the nail-biting climax.” —AudioFile
“Well-developed characters make this story of friendship amid hostilities shine… this action-packed first novel is full of engaging twists and turns, and readers learn about the injustices done to many Japanese Americans during World War II.” —School Library Journal
“In this exciting story, Michael Ferrari creates a compelling heroine who will inspire and enchant young readers.” —Children’s Literature
“Middle-grade readers of either gender looking for suspenseful historical fiction…will enjoy Bird's flight.” —Kirkus Reviews

Michael Ferrari has worked as an English teacher, vacuum cleaner salesman, freight dockworker, lipstick machine operator, air-to-air cameraman, network TV censor, and feature film editor. He got the idea for Born to Fly at a World War II air show when he overheard a boy tell his little sister as she climbed inside a P-40 cockpit that girls can never be fighter pilots. It broke her heart. He wrote the story for her, and his daughters.