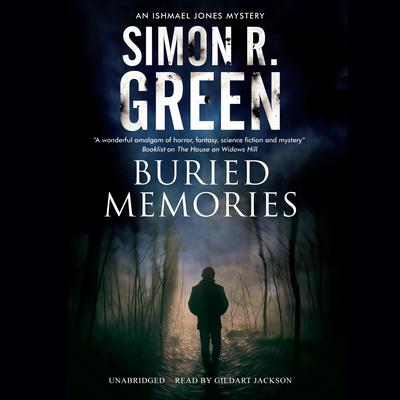 Returning to the small town where he crash-landed in 1963, Ishmael Jones is in search of answers. But his investigation is derailed by a brutal murder.

“I think something very bad and very dangerous has come to your little town, Inspector …”

As long-buried memories from his hidden past begin to resurface, Ishmael Jones and his partner Penny feel compelled to return to the small country town where Ishmael crash-landed in 1963; the place where his memories began. Norton Hedley is no ordinary town. Apparitions, sudden disappearances, sightings of unusual beasts: for centuries, the place has been plagued by a series of inexplicable events. Ishmael’s first task is to track down local author Vincent Smith, the one man he believes may have some answers. Ishmael and Penny aren’t the only ones seeking the mysterious Mr. Smith. When their search unearths a newly dead body in the local mortuary—a body that’s definitely not supposed to be there—Ishmael becomes the prime suspect in the ensuing murder investigation. His only hope of discovering the truth about his origins lies in exposing a ruthless killer.

“Intriguing…Green offers enough to please series fans and hook newcomers, while posing new mysteries. X-Files devotees will be satisfied.” —Publishers Weekly
“Simon R. Green has yet another winner on his hands.” —Fresh Fiction on Dr. DOA

Simon Green is the author of more than fifty science fiction and fantasy novels, including the Nightside series, the Secret Histories series, the Ghost Finders novels, the Hawk and Fisher adventures, and the Deathstalker novels. His work appears in the anthology Weird Detectives, along with Jim Butcher, Neil Gaiman, and Patricia Briggs, among others.