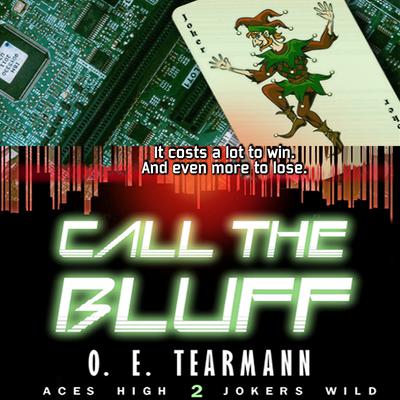 It costs a lot to win. And even more to lose.

Seven Corporations rule the former United States with seven codes of conduct based on their ideas of morality. Comply with the code of the Corporation that holds your Citizen Contract, or suffer the economic consequences. Or fight back. For sixty years the Democratic State Force has been fighting to return representative democracy to the country. Living in the no man’s lands between cities and hanging on by their fingernails, the thinly spread guerrilla force hasn’t gotten far. But they have a secret weapon: their finest unit, Base 1407. Handle: the Wildcards.

Pulled together after disaster by Commander Aidan Headly, the Wildcards are on top of their game again. They’d better be. They’ve just been called to act as backup in a mission bigger than anything the Force has attempted before. The team that went in first is probably dead. If they pull their mission off, everything will change. If they don’t, they’ll be lucky to survive the year.

Life’s a bitch. She’s got the game rigged. Keep the cards close to your chest.

“I am truly looking forward to seeing what happens next in the Aces High, Jokers Wild series.” —Paranormal Romance Guild

O. E. Tearmann lives in the shadow of the Rocky Mountains, in what may become the CO-WY Grid. They share the house with a brat in fur, a husband, and a great many books. Their search engine history may garner them a call from the FBI one day. When they’re not living on base 1407, they advocate for a more equitable society and more sustainable agricultural practices, participate in sundry geekdom, and do their best to walk their characters’ talk.