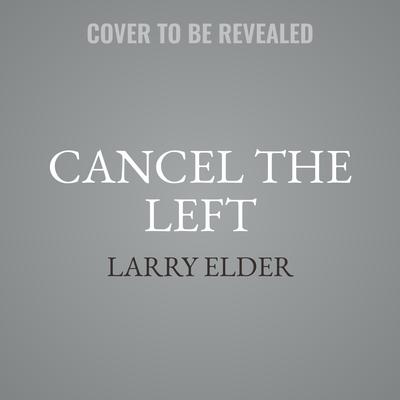 Cancel the Left: 76 People Who Would Improve America by Leaving It

Firebrand radio host and frequent Hannity guest Larry Elder calls out the people who would make this country better by leaving it. Larry Elder has a message for those elitists on the left who don’t like America.

The left loves to complain about how awful America is. In colleges and on awards shows, the traitor elite run down the country that gave them the opportunity to succeed, calling the USA corrupt and morally compromised. Larry says that instead of attempting to undermine the American experiment at every turn, these people should pack their bags and start their progressive paradise elsewhere.

In In his fiery, no-holds-barred style, Larry takes on the proponents of wokeness and anti-Americanism who are determined to destroy this great nation from the inside out. From inane activists to deep-state bureaucrats, hate crime hoaxers to cultural Marxists, his list of anti-patriots is sweeping.

Larry believes that if God-loving Americans don’t stand up for the values they hate, the left will succeed in undermining the greatest country in the world. Cancel the Left is a blistering broadside against those who would destroy everything we hold dear.