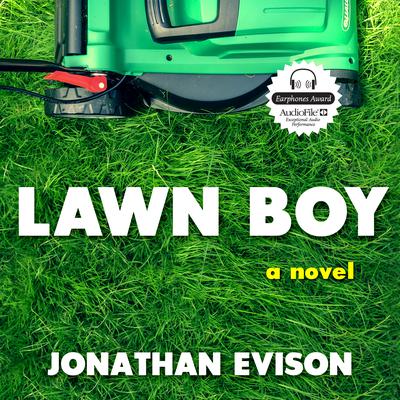 An Amazon Best Book of the Month for April 2018

For Mike Muñoz, a young Chicano living in Washington State, life has been a whole lot of waiting for something to happen. Not too many years out of high school and still doing menial work—and just fired from his latest gig as a lawn boy on a landscaping crew—he knows that he's got to be the one to shake things up if he's ever going to change his life. But how?

In this funny, angry, touching, and ultimately deeply inspiring novel, bestselling author Jonathan Evison takes the reader into the heart and mind of a young man on a journey to discover himself, a search to find the secret to achieving the American dream of happiness and prosperity. That's the birthright for all Americans, isn't it? If so, then what is Mike Muñoz's problem? Though he tries time and again to get his foot on the first rung of that ladder to success, he can't seem to get a break. But then things start to change for Mike, and after a raucous, jarring, and challenging trip, he finds he can finally see the future and his place in it. And it's looking really good.

Lawn Boy is an important, entertaining, and completely winning novel about social class distinctions, about overcoming cultural discrimination, and about standing up for oneself.

“This novel comes alive as an audiobook because of narrator P. J. Ochlan…The audiobook succeeds because of Ochlan’s ability to give life to Evison’s extraordinary voices and to dramatize the situations the characters find themselves in… Ochlan makes the most of every moment. Winner of the AudioFile Earphones Award.” —AudioFile
“A painfully honest portrait of one young man’s struggle to overcome the hand he’s been dealt in life and reach for his dreams. It’s a journey you won’t want to miss, with an ending you won’t forget.” —Kristin Hannah, New York Times bestseling author
“Evison takes a battering ram to stereotypes about race and class in his fifth novel, Lawn Boy…an effervescent novel of hope that can enlighten everyone.” —Washington Post
“Irresistible…funny, honest, and real.” —Seattle Times
“[A] deeply real portrait of an everyday Joe just trying to find his way. Evison combines humor, honesty, and anger with an insightful commentary on class that’s also an effective coming-of-age novel.” —Library Journal (starred review)
“A triumph from the ground up…Finally a book that zooms in on social strata without flinching or copping out. Lawn Boy takes us into the heart, mind, and body of Mike Muñoz as he makes a coming of age trek from landscaping crew to navigating the dead American dream— all the way to reimagining a future on his own terms.” —Lidia Yuknavitch, author of The Book of Joan
“Jonathan Evison can write about anything and make it sing with hard-bitten empathy. I love it that he writes about working men without condescension. I had jobs like this. And you can tell that he did, too. Tough and strangely sweet at the same time.” —Luis Alberto Urrea, author of Queen of America

Jonathan Evison is the author of several books, including All About Lulu, which won the Washington State Book Award.