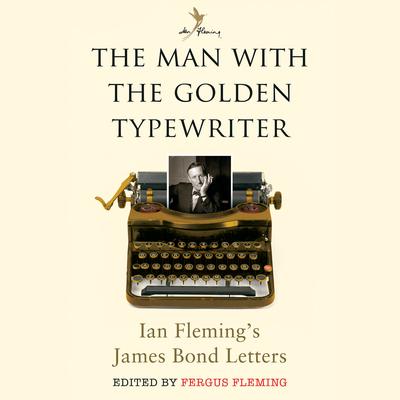 On August 16, 1952, Ian Fleming wrote to his wife, Ann, “My love, This is only a tiny letter to try out my new typewriter and to see if it will write golden words since it is made of gold.” He had bought the golden typewriter as a present to himself for finishing his first novel, Casino Royale. It marked in glamorous style the arrival of James Bond, agent 007, and the start of a career that saw Fleming become one the world’s most celebrated thriller-writers. And he did write golden words. Before his death in 1964 he produced fourteen best-selling Bond books, two works of non-fiction and the famous children’s story Chitty-Chitty-Bang-Bang.

Fleming’s output was matched by an equally energetic flow of letters. He wrote constantly, to his wife, publisher, editors, fans, friends and critics—and to the wife of the man whose name Fleming appropriated for his hero—charting 007’s progress with correspondence that ranged from badgering Jonathan Cape about his quota of free copies—a coin was tossed and Fleming lost—to apologizing for having mistaken a certain brand of perfume and for equipping Bond with the wrong kind of gun. His letters also reflect his friendship with such contemporaries as Raymond Chandler, Noel Coward and Somerset Maugham.

This entertaining and engaging compilation traces the arc of Fleming’s literary career and details the inner working of James Bond. Set against the backdrop of his Jamaican retreat Goldeneye, and a troubled marriage, Fleming’s letters are filled with wit, humor and occasional self-doubt. They reveal an intimate portrait of a man, an era and a literary phenomenon.

“Open to almost any page and you’ll find something irresistible.” —New York Times

Ian Fleming was born in London in 1908. He was educated at Eton and worked as a journalist in Moscow and a banker and stockbroker in London before becoming personal assistant to the Director of Naval Intelligence during the Second World War. He wrote his first Bond novel, Casino Royale, at Goldeneye, his home in Jamaica, in 1952. Since then James Bond has gone on to become a global phenomenon.