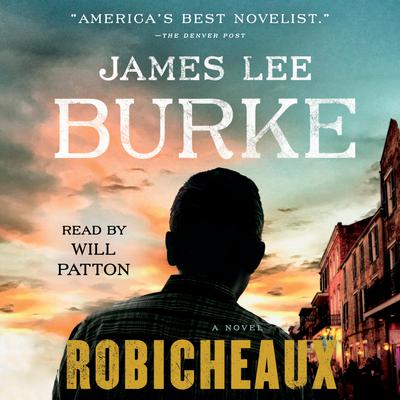 By James Lee Burke
Read by Will Patton

James Lee Burke’s most beloved character, Dave Robicheaux, returns in this gritty, atmospheric mystery set in the towns and backwoods of Louisiana.

DAVE ROBICHEAUX IS A HAUNTED MAN.

Between his recurrent nightmares about Vietnam, his battle with alcoholism, and the sudden loss of his beloved wife, Molly, his thoughts drift from one irreconcilable memory to the next. Images of ghosts at Spanish Lake live on the edge of his vision.

During a murder investigation, Dave Robicheaux discovers he may have committed the homicide he’s investigating, one which involved the death of the man who took the life of Dave’s beloved wife. As he works to clear his name and make sense of the murder, Robicheaux encounters a cast of characters and a resurgence of dark social forces that threaten to destroy all of those whom he loves. What emerges is not only a propulsive and thrilling novel, but a harrowing study of America: this nation’s abiding conflict between a sense of past grandeur and a legacy of shame, its easy seduction by demagogues and wealth, and its predilection for violence and revenge. James Lee Burke has returned with one of America’s favorite characters, in his most searing, most prescient novel to date.