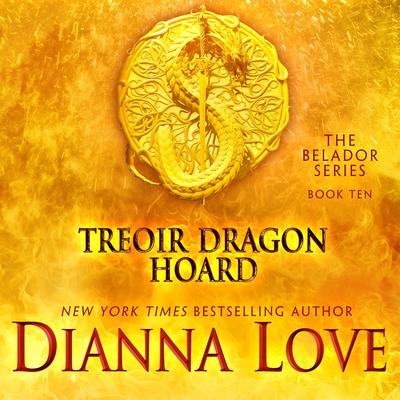 While investigating a report of unusual supernatural activity, Belador Alterant Evalle Kincaid suspects a threat stalking her. She unwittingly races into a trap and faces the impossible—she must fight her dragon king to the death, and win, or condemn everyone she loves to die.

As a Skinwalker and unmatched preternatural tracker, Storm regrets his patience in waiting to permanently bond with his mate Evalle when she vanishes and even he can’t follow her trail.

Daegan’s inner circle is under attack, but he has no clear enemy to confront. How can he protect his Beladors and allies when the very reason they’re at risk is because he’s the Treoir Dragon King? VIPER is no help as they blame Evalle and the Beladors for exposing humans to preternatural existence.

Two thousand years ago, someone stole the king’s treasure that Daegan’s father had accumulated for his children. Now, an unforeseen enemy uses this hoard to set Daegan on a path to his ultimate demise.