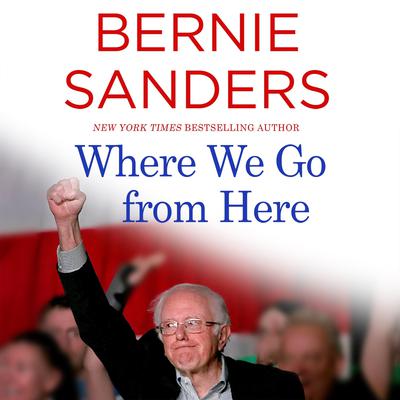 Where We Go from Here: Two Years in the Resistance

Senator Bernie Sanders' presidential campaign was a beginning, not an end. In his new audiobook, America's most popular political figure speaks about what he's been doing to oppose the Trump agenda and strengthen the progressive movement and how we go forward as a nation.

"Senator Sanders's gravelly voice and dramatic presentation are surely familiar to listeners. He reads with the same sincerity and earnestness he brought to audiences throughout his extraordinary primary campaign for president of the United States. A seasoned orator, he's particularly good at changing speed and intonation to emphasize the points he wants you to understand and absorb." — Publishers Weekly on Our Revolution