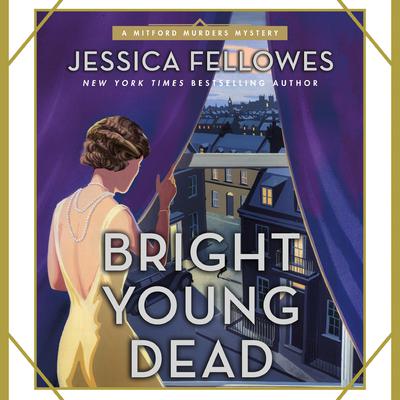 "True and glorious indulgence. A dazzling example of a golden age mystery." — Daisy Goodwin, author of Victoria and The American Heiress on The Mitford Murders

Meet the Bright Young Things, the rabble-rousing hedonists of the 1920s whose treasure hunts were a media obsession. One such game takes place at the 18th birthday party of Pamela Mitford, but ends in tragedy as cruel, charismatic Adrian Curtis is pushed to his death from the church neighbouring the Mitford home.

The police quickly identify the killer as a maid, Dulcie. But Louisa Cannon, chaperone to the Mitford girls and a former criminal herself, believes Dulcie to be innocent, and sets out to clear the girl's name . . . all while the real killer may only be steps away.

Jessica Fellowes is an author, journalist, and public speaker, best known for her five official New York Times bestselling companion books to the Downton Abbey TV series. Former deputy director of Country Life and columnist for the Mail on Sunday, she has written for the Daily Telegraph, the Guardian, the Sunday Times, and the Lady.