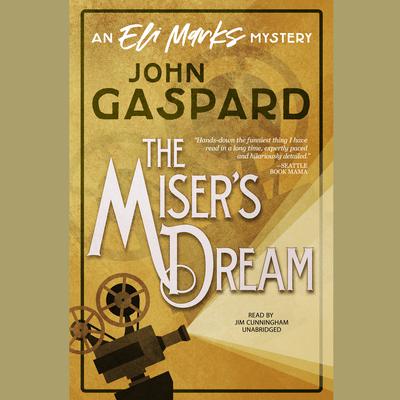 A casual glance out his apartment window turns magician Eli Marks’ life upside down. After spotting a dead body in the projection booth of the movie theater next door, Eli is pulled into the hunt for the killer. As he attempts to puzzle out a solution to this classic locked room mystery, he must deal with a crisis of a more personal nature: the appearance of a rival magician who threatens not only Eli’s faith in himself as a performer, but his relationship with his girlfriend.

But the killer won’t wait and starts taking homicidal steps to bring Eli’s investigation to a quick and decisive end. Things get even worse when his magician rival offers his own plausible solution to the mystery. With all the oddball suspects gathered together, Eli must unveil the secrets to this movie-geek whodunit or find himself at the wrong end of the trick.

“A finely tuned, diabolical, sneaky, smart, stylish mix of magic and mayhem that plunges our hero Eli through a tangled web of danger and deceit that’ll keep you guessing.” —Steve Spill, magician and author of I Lie For Money
“An intriguing cross between noir and cozy, with fascinating details about magic tricks and plenty of quirky characters. An easy, enjoyable read for mystery buffs seeking a bit of an escape from the usual crime fiction fare.” —Library Journal