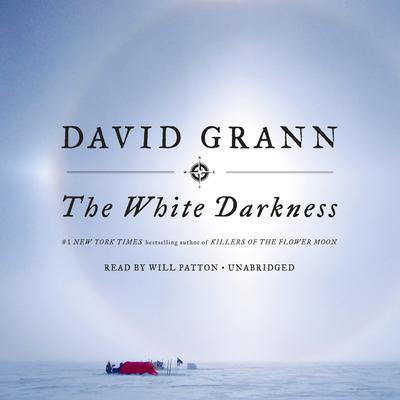 By David Grann
Read by Will Patton

By the #1 New York Times bestselling author of Killers of the Flower Moon, a powerful true story of adventure and obsession in the Antarctic

Henry Worsley was a devoted husband and father and a decorated British special forces officer who believed in honor and sacrifice. He was also a man obsessed. He spent his life idolizing Ernest Shackleton, the nineteenth-century polar explorer, who tried to become the first person to reach the South Pole, and later sought to cross Antarctica on foot. Shackleton never completed his journeys, but he repeatedly rescued his men from certain death, and emerged as one of the greatest leaders in history.

Worsley felt an overpowering connection to those expeditions. He was related to one of Shackleton's men, Frank Worsley, and spent a fortune collecting artifacts from their epic treks across the continent. He modeled his military command on Shackleton's legendary skills and was determined to measure his own powers of endurance against them. He would succeed where Shackleton had failed, in the most brutal landscape in the world.

In 2008, Worsley set out across Antarctica with two other descendants of Shackleton's crew, battling the freezing, desolate landscape, life-threatening physical exhaustion, and hidden crevasses. Yet when he returned home he felt compelled to go back. On November 13, 2015, at age 55, Worsley bid farewell to his family and embarked on his most perilous quest: to walk across Antarctica alone.

David Grann tells Worsley's remarkable story with the intensity and power that have led him to be called "simply the best narrative nonfiction writer working today." The White Darkness is both a gorgeous keepsake volume and a spellbinding story of courage, love, and a man pushing himself to the extremes of human capacity.

“What makes The White Darkness so compelling is Grann’s gift for memorable detail… Grann is expert at making readers feel as if they are on the journey with the team. — Minneapolis Star Tribune
Grann's prose moves at a brisk pace...with a style that conveys the immensity of Antarctica and the difficulty of Worsley's journeys... —Los Angeles Times
Grann ably conjures the rasp of sled runner on ice and the skin burn of minus-40. —Wall Street Journal
“Narrator Will Patton’s voice is gruff and raspy—perfect for evoking the isolation and fortitude of Henry Worsley as he carried out a solo expedition across the freezing landscape of Antarctica…But Patton’s performance is also suffused with warmth, honesty, and joy, reflecting Worsley’s enduring love for his family and his passion for all things related to Shackleton…An audiobook may lack David Grann’s photographs, but Patton makes up for it with his heartbreaking and beautiful narration. Winner of the AudioFile Earphones Award.” —AudioFile
Grann weaves tales of historic expeditions into his dimensional portrait of the driven Worsley... [He] works his narrative magic on Worsley's adventures, their dizzying dangers, and the 'majestic deathscape' of the Antarctic. —Booklist, starred review
In straightforward but evocative prose, Grann captures the drama and sheer audacity of his subject’s forays into forbidding places – where one of the many ways to die is simply to get wet… — Christian Science Monitor
"[A] rich, tight narrative. —San Francisco Chronicle

David Grann has been a staff writer at the New Yorker since 2003. He has written about everything from New York City’s antiquated water tunnels to the Aryan Brotherhood prison gang, from the hunt for the giant squid to the mysterious death of the world’s greatest Sherlock Holmes expert. His stories have appeared in several anthologies, and he has written for the New York Times Magazine, Atlantic, Washington Post, Wall Street Journal, and New Republic.