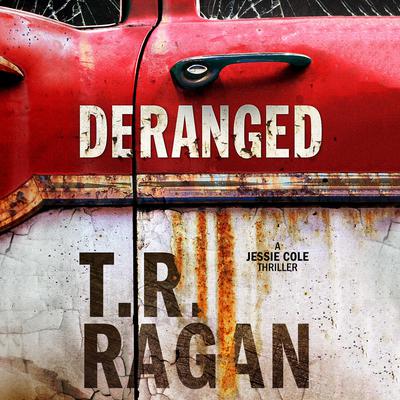 Family man or deranged killer? It’s for fearless PI Jessie Cole to find out. At any cost.

Ever since a car accident left reporter Ben Morrison with amnesia, he’s been trying to rebuild a future as he puts together the pieces of his past. With the help of PI Jessie Cole, he’s getting closer. But few who remember Ben’s troubled childhood want to talk. And those who do—including his father, imprisoned for a shocking crime—are stirring disturbing memories given up for dead.

Then Jessie is sidetracked by a surveillance request from a suspicious husband. An ordinary case, until the cheating wife and lover are found murdered. They bear the trademark wounds of an elusive serial killer who’s now leading Jessie down a chilling path—one that’s about to put a dangerous twist in the search for Ben’s identity.

To discover the truth, Jessie must put more at risk than she ever feared. Because there are more secrets to Ben’s past, than she—or even Ben—ever imagined.

T. R. Ragan grew up in a family of five girls in Lafayette, California. An avid traveler, her wanderings have carried her to Ireland, the Netherlands, China, Thailand, and Nepal, where she narrowly survived being chased by a elephant. Before devoting herself to writing fiction, she worked as a legal secretary for a large corporation. She also writes under the name Theresa Ragan and lives with her family in Sacramento.