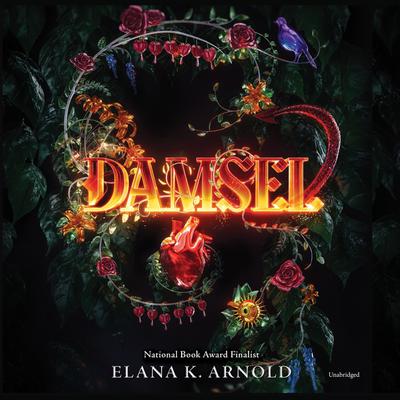 "Listeners will fall under the spell of the prose and narration and won't wake up until the last word is spoken—and maybe not even then. Highly recommended."—Erin Entrada Kelly, 2018 Newbery Medalist and New York Times bestselling author

A dark, twisted, unforgettable fairy tale from Elana K. Arnold, author of the National Book Award finalist What Girls Are Made Of

The rite has existed for as long as anyone can remember: When the king dies, his son the prince must venture out into the gray lands, slay a fierce dragon, and rescue a damsel to be his bride. This is the way things have always been.

When Ama wakes in the arms of Prince Emory, she knows none of this. She has no memory of what came before she was captured by the dragon or what horrors she faced in its lair. She knows only this handsome young man, the story he tells of her rescue, and her destiny of sitting on a throne beside him. It’s all like a dream, like something from a fairy tale.

As Ama follows Emory to the kingdom of Harding, however, she discovers that not all is as it seems. There is more to the legends of the dragons and the damsels than anyone knows, and the greatest threats may not be behind her, but around her, now, and closing in.

Elana K. Arnold is the author of critically acclaimed and award-winning young-adult novels and children’s books, including the Printz Honor winner Damsel and the National Book Award finalist What Girls Are Made Of. Several of her books are Junior Library Guild selections and have appeared on many best book lists, including the Amelia Bloomer Project, a catalog of feminist titles for young readers. She teaches in Hamline University’s MFA program in writing for children and young adults. Visit her online at www.elanakarnold.com.