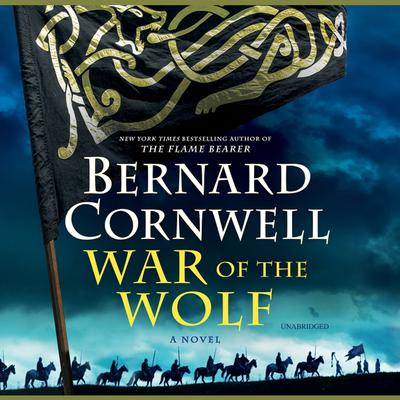 War of the Wolf: A Novel

Bernard Cornwell’s epic story of the making of England continues in this eleventh installment in the bestselling Saxon Tales series—"like Game of Thrones, but real" (The Observer)—the basis of the hit Netflix television series The Last Kingdom.

"Perhaps the greatest writer of historical adventure novels today" (Washington Post), Bernard Cornwell has dazzled and entertained readers and critics with his page-turning bestsellers. Of all his protagonists, however, none is as beloved as Uhtred of Bebbanburg.

And while Uhtred might have regained his family’s fortress, it seems that a peaceful life is not to be – as he is under threat from both an old enemy and a new foe. The old enemy comes from Wessex where a dynastic struggle will determine who will be the next king.  And the new foe is Sköll, a Norseman, whose ambition is to be King of Northumbria and who leads a frightening army of wolf-warriors, men who fight half-crazed in the belief that they are indeed wolves. Uhtred, believing he is cursed, must fend off one enemy while he tries to destroy the other. In this new chapter of the Saxon Tales series—a rousing adventure of courage, treachery, duty, devotion, majesty, love and battle, as seen through the eyes of a warrior straddling two worlds—Uhtred returns to fight once again for the destiny of England.

“Bernard Cornwell does the best battle scenes of any writer I’ve ever read, past or present.” —George R. R. Martin, #1 New York Times bestselling author, praise for the author
“Our hero is Uhtred, a good-hearted lout with a pleasantly sour disposition; he’s like a ninth-century Han Solo.” —Time
“The most prolific and successful historical novelist in the world today…Cornwell writes as if he has been to ninth-century Wessex and back…Much has changed since the ninth century, but some things, and some feelings, are timeless.” —Wall Street Journal
“Once again, Cornwell has placed his irascible and cunning hero in the midst of personal and political conflict and provided another exciting story. For those who enjoy their historical fiction told with verve and imagination.” —Library Journal
“The prolific Cornwell and his indefatigable protagonist, Uhtred of Bebbanburg, reunite…Expect great demand from both veteran devotees and new fans generated by the popularity of the Netflix TV series, The Last Kingdom.” —Booklist
“A rousing, bloodthirsty tale of tumult in early-days Britain…Great entertainment for fans of historical epics.” —Kirkus Reviews