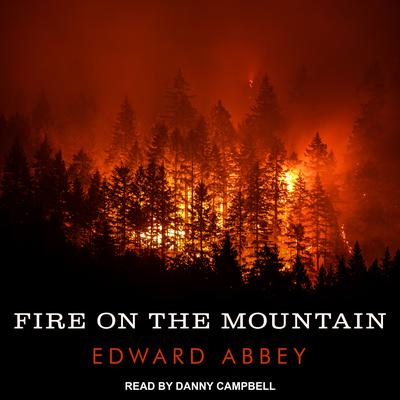 Fire on the Mountain

A half-century after its original publication, Edward Abbey's classic 1962 novel, Fire on the Mountain, still retains its beauty, power, and relevance. This extraordinary tale by the legendary icon of the environmentalism movement and author of The Monkey Wrench Gang proudly celebrates rugged American individualism, as it tells the story of one tough old loner's stand against the combined, well-armed forces of government that are determined to clear him from his land.

One of the very best writers to deal with the American West. —Washington Post

Edward Abbey (1927–1989) was born in Pennsylvania but spent most of his life in the American Southwest. He was one of the country’s foremost defenders of the natural environment, and his most famous work Desert Solitaire, decried the waste of America’s wilderness. He was educated at the University of New Mexico and the University of Edinburgh. His many books include The Monkey Wrench Gang, Brave Cowboy, The Fool’s Progress, and Down the River.