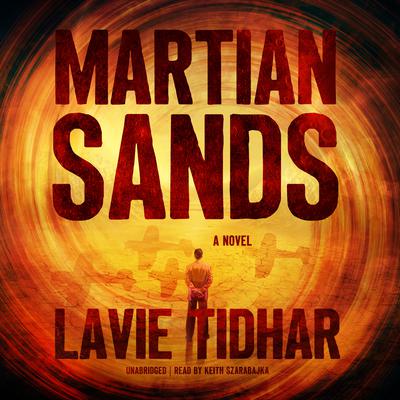 1941. An hour before the attack on Pearl Harbour, a man from the future materializes in President Roosevelt’s office. His offer of military aid may cut the war and its pending atrocities short and alter the course of the future.

The future. Welcome to Mars, where the lives of three ordinary people become entwined in one dingy smokesbar the moment an assassin opens fire. The target: the mysterious Bill Glimmung. But is Glimmung even real? The truth might just be found in the remote FDR Mountains, an empty place, apparently of no significance, but where digital intelligences may be about to bring to fruition a long-held dream of the stars.

Mixing mystery and science fiction, the Holocaust and the Mars of both Edgar Rice Burroughs and Philip K. Dick, Martian Sands is a story of both the past and future, of hope, and love, and of finding meaning—no matter where—or when—you are.

“Martian Sands crackles with energy and life while poking at some big questions about the nature of reality.” —Locus

Lavie Tidhar is the World Fantasy Award–winning author of Osama, in addition to many other works. He works across genres, combining detective and thriller modes with poetry, science fiction, and historical and autobiographical material. His work has been compared to that of Philip K. Dick by the London Guardian and the Financial Times.