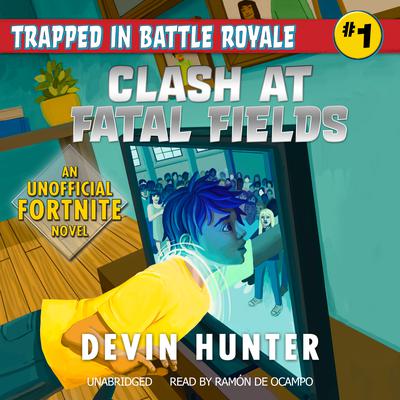 Follow the adventures of Grey as he navigates the Fortnite world and tries to escape!

Grey logs into Battle Royale for the first time, but unlike before, he passes out and wakes up in the virtual lobby, and everything is as real as can be. Four others stand there with him as an admin tells them they are the “new meat” and their game has been hacked. Their consciousness will be trapped in this version of Fortnite until they can become the top five players for a season.

New to the fighting arena but ambitious, Grey sets out for glory with one hundred other players on a flying bus. As they jump and land on the island to battle, he struggles to figure out the tools as people come to kill him. He is eliminated quickly, much to his disappointment. Maybe this won’t be as easy as he thought.

While waiting for the next game in the lobby, someone gives him some tips to help him out and he fares a bit better. They form a squad in hopes of both escaping the game together. Will Grey be able to escape, now that he has an ally?

Devin Hunter has never been trapped in a video game, but doesn’t think it sounds so bad. Devin lives in the USA and, when not writing, spends many hours gaming with friends and family all over the world.