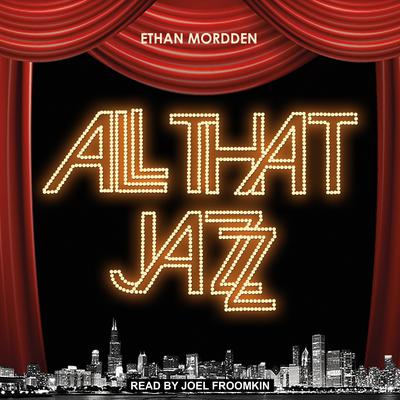 All That Jazz: The Life and Times of the Musical Chicago

In 1975, the Broadway musical Chicago brought together a host of memes and myths—the gleefully subversive character of American musical comedy, the reckless glamour of the big-city newspaper, the mad decade of the 1920s, the work of Bob Fosse and Gwen Verdon, and the Wild West gangsterville that was the city of Chicago itself.

The tale of a young woman who murders her departing lover and then tricks the jury into letting her off, Chicago seemed too blunt and cynical at first. Everyone agreed it was show biz at its brilliant best, yet the public still preferred A Chorus Line, with its cast of innocents and sentimental feeling. Nevertheless, the 1996 Chicago revival is now the longest-running American musical in history.

As author Ethan Mordden looks back at Chicago's various moving parts—including the original 1926 play that started it all, a sexy silent film directed by Cecil B. DeMille, a talkie remake with Ginger Rogers, the musical itself, and at last the movie of the musical—we see how the American theater serves as a kind of alternative news medium, a town crier warning the public about the racy, devious interior contradictions of American society. Opinionated, witty, and rich in backstage anecdotes, All That Jazz brings the American musical to life in all its artistry and excitement.

Froomkin's vocal dexterity and impressive range of accents provide wonderful listening. —AudioFile
“Mordden may know more about American musical comedy than anyone else on earth…and he doesn’t just know the musicals; he knows their contexts, their surroundings, item by item…It gives his writing a pleasing relaxation.” —New York Review of Books

Ethan Mordden has written extensively for the New Yorker and the New York Times. Besides nonfiction on theatre, music, and film, he is the author of the Buddies cycle of short stories. The stories, adapted for the stage by Scott Edward Smith as Buddies, played an engagement at the Celebration Theater in Los Angeles. His most recent novel is The Jewcatcher, a savage black-comic fantasy on life in Nazi Germany.