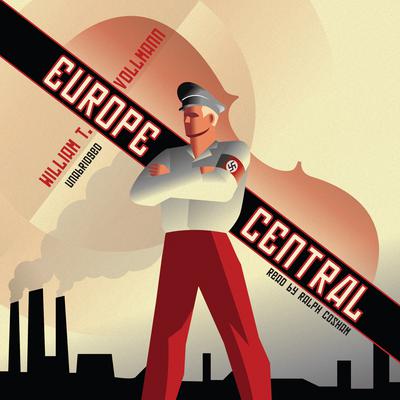 Winner of the 2005 National Book Award for Fiction

In this magnificent work of fiction, William T. Vollmann turns his trenchant eye to the authoritarian cultures of Germany and the USSR in the twentieth century. The result is a daring and mesmerizing perspective on human actions during wartime.

Assembling a composite portrait of these two warring leviathans and the terrible age they defined, the narrative intertwines experiences both real and fictional: a young German who joins the SS to reveal its secrets and stop its crimes, two generals who collaborate with the enemy for different reasons and with different results, the Soviet composer Dmitri Shostakovich laboring under Stalinist oppression. This last story is perhaps Vollmann's signature accomplishment in this volume. Also explored are the fates of artists and poets ranging from Käthe Kollwitz and Anna Akhmatova to Marina Tsvetaeva and Van Cliburn.

“Few American writers infuse their writing with similar urgency.” —Publishers Weekly
“[A] nuanced reading…[Cosham has] a voice that is both intimate and distant, which he uses to excellent effect…stunning and otherworldly…atmospheric.” —AudioFile
“Vollmann opens new portals onto a genocidal war never to be forgotten and illuminates both the misery and beauty human beings engender.” —Booklist
“Europe Central may be his best novel ever.” —Washington Post