God of War: The Official Novelization

The official novelization of the brand new game

His vengeance against the gods of Olympus years behind him, Kratos now lives as a man in the realm of Norse gods and monsters. It is in this harsh, unforgiving world that he must fight to survive … and teach his son to do the same. This startling reimagining of God of War deconstructs the core elements that defined the series—satisfying combat, breathtaking scale, and a powerful narrative—and fuses them anew.

“It’s testament to the team’s skill that the game manages to reconcile the uneven ambitions of spectacular physical violence and tender psychodrama.” —Guardian (London) on the video game God of War 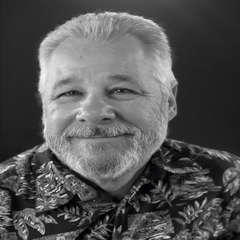 J. M. Barlog grew up in Chicago before serving in Vietnam with the US Air Force. He has authored numerous novels across many genres. Windows to the Soul, his debut novel, won the Readers’ Choice Award for suspense at a “Love Is Murder” Mystery Conference. Barlog currently lives with his wife in Southern California, where he is busy writing sequels to his popular novels The Heart of the Lion, Minno, and A Connecticut Nightmare.