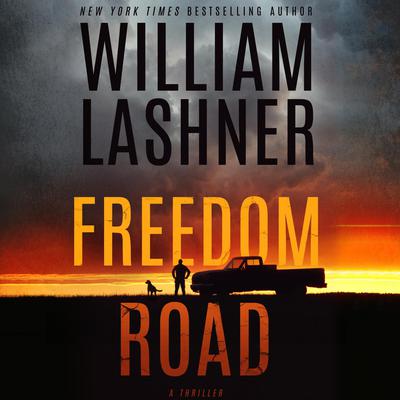 Finalist for the 2020 Edgar Award for Best Paperback Original

He’s taking a dangerous path in search of his missing granddaughter—the only part of his life worth saving.

Oliver Cross is fresh out of jail. His plans for the future are to live out his days in regret, back pain, and a bottle of Lone Star. But when he finds out his granddaughter, a wild child who reminds him of his late wife, has vanished—bless her hell-raising heart—Oliver jumps parole. With a sketchy teen and an abandoned dog, he hits the blacktop to find her.

On the road and on the run from a vengeful Russian drug dealer, Oliver finds himself on a trip across America and into his own past, fueled by fumes from a Ford F-250 and a reason to live. But from an exclusive club in Chicago to a seedy commune in the Rockies, a series of disastrous choices sends Oliver spiraling further from his goal and deeper into danger. It’s a journey that could all end in redemption or a hail of bullets. And either’s okay by him.

William Lashner is the New York Times bestselling author of A Killer’s Kiss, Marked Man, Falls the Shadow, Past Due, Fatal Flaw, Bitter Truth, and Hostile Witness. His thrillers have been translated into more than a dozen languages and have been sold all across the globe. He also published a small existential novel called Kockroach under the pseudonym Tyler Knox. Before becoming a novelist, he was a prosecutor with the Department of Justice in Washington, DC. A graduate of the New York University School of Law, as well as the Iowa Writers Workshop, he lives with his wife, his three children, and his dog, Chase Muttley, in Philadelphia.