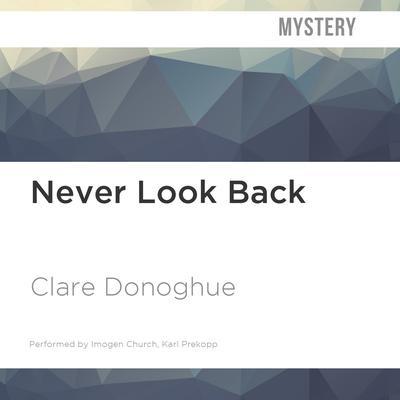 By Clare Donoghue
Read by Imogen Church  and Karl Prekopp

A chilling and compelling debut crime thriller set in South East London. For all those who enjoy Peter James, Mark Billingham, and Peter Robinson. Three women have been found brutally murdered in south London, the victims only feet away from help during each sadistic attack. And the killer is getting braver…. Sarah Grainger is rapidly becoming too afraid to leave her house. Once an outgoing photographer, she knows that someone is watching her. A cryptic note brings everything into terrifying focus, but it’s the chilling phone calls that take the case to another level.

DI Mike Lockyer heads up the regional murder squad. With three bodies on his watch, and a killer growing in confidence, he frantically tries to find the link between these seemingly isolated incidents. What he discovers will not only test him professionally but will throw his personal life into turmoil, too.