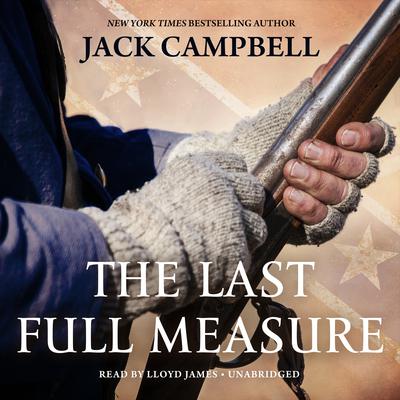 As the author of the bestselling Lost Fleet series, Jack Campbell’s name is well-known to fans of interstellar heroics. Now Campbell brings his keen eye for military adventure and political intrigue to a tale that is earthbound, but no less wondrous …

In a transformed mid-nineteenth-century America dominated by plantation owners and kept in line by Southern military forces, a mild-mannered academic from Maine, Professor Joshua Chamberlain, stands accused of crimes against the nation. In court alongside him is Abraham Lincoln, whose fiery rhetoric brands him a “threat to the security of the United States of America.” Convicted, Chamberlain is sentenced to forty years hard labor, while Lincoln’s fate is indefinite detention at Fortress Monroe. But Professor Chamberlain then encounters military minds who understand the true ideals upon which the country was founded and who want to foment revolution. To succeed, they need a leader, someone to inspire the people to take up the cause of liberty: Lincoln. All they have to do is flawlessly execute a daring plan to rescue him from the darkest federal prison.

In The Last Full Measure, Campbell delivers a riveting look at an America where war is imminent, and nothing is as it should be.