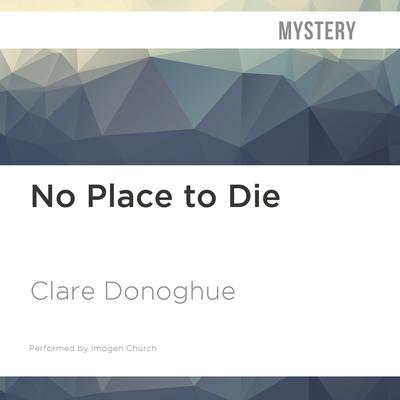 No Place to Die

His involvement with a female witness resulted in her murder. Mike returns to work, but he’s a shadow of the detective he was a few months before. Bennett gets a desperate call from an old friend to say that her husband, retired colleague Mark Leech, has gone missing. Blood spatters found in the home suggest she doesn’t have long to find him.

When Jane is sent to a site in Elmstead Woods, she stumbles upon a sinister murder scene. A tomb has been created, and the body she finds is not Mark’s—as she dreaded and suspected—but that of missing university student Maggie Hungerford. Her killer recorded her last moments, even providing an air supply which was cut off only when the game lost its thrill.

Two men admit to having had a sexual relationship with Maggie. Both deny murder. Someone is lying. And Mark is still missing. When another tomb is discovered, an anonymous tip and mounting evidence suggest a disturbing link which threatens to derail both cases and let a murderer walk free. Lockyer is shocked into supporting Bennett in a case which becomes ever more ominous and dangerous as the investigation deepens. They know that their hunt is for a killer with a mind so twisted that he or she is likely to stop at nothing.

After ten years in London, working for a city law firm, Clare Donoghue moved back to her hometown in Somerset to undertake an MA in creative writing at Bath Spa University. Never Look Back was her first novel, and in 2011, whilst still an unpublished manuscript under the title of Chasing Shadows, it was longlisted for the CWA Debut Dagger.