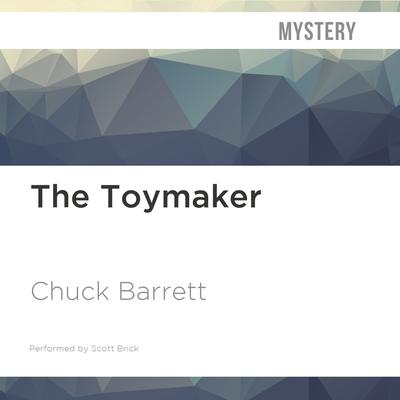 Former NTSB Investigator Jake Pendleton faces a dilemma as the line blurs between right and wrong. After his judgment comes into question, Jake is entrusted to his new mentor, an eccentric old man who sees beyond Jake’s flaws. A man who makes ‘toys for spies.’ A man known as The Toymaker.

Jake’s first assignment reunites him with Gregg Kaplan in a daredevil mission to rescue a fellow agent held captive in Yemen. He risks his life to stop the first attack of an al Qaeda mastermind. But now, with no one to trust but himself, can Jake stop the terrorist from destroying what is most precious to the free world? Unfortunately, more trouble comes his way as a killer from his past threatens something more important to Jake than his own life, leaving him to make the hardest decision any man ever has to make—Who to sacrifice.