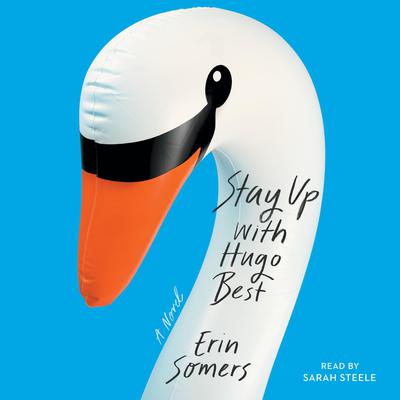 Stay Up with Hugo Best: A Novel

An incredibly timely, terrifically witty and moving debut about a young writers’ assistant on a late night comedy show and what transpires when she accepts an invitation from its enigmatic host to spend a long weekend at his mansion in Connecticut.

June Bloom is a broke, cynical twenty-nine-year-old writers’ assistant on the late-night comedy show, Stay Up with Hugo Best. Hugo Best is in his sixties, a beloved icon of TV and humor, and a notorious womanizer. After he unexpectedly retires and a party is held for his now unemployed staff, June ends up at a dive bar for an open-mic night and prepares for the sad return to the anonymous comedian lifestyle. What she’s not prepared for is a run-in with Hugo at that dive bar. Nor for the invitation that swiftly follows: Hugo asks June to come to his mansion in Greenwich for the long Memorial Day weekend. “No funny business,” he insists.

June, in need of a job and money, confident she can handle herself, but secretly harboring the remains of a childhood crush on the charming older comedian and former role model, accepts. The exact terms of the visit are never spelled out, but June is realistic and clear-eyed enough to guess. Even so, as the weekend unfolds and the enigmatic Hugo gradually reveals himself, their dynamic proves to be much more complicated and less predictable than she expected.

At once hilarious and poignant, brilliantly incisive and terrifically propulsive, Stay Up with Hugo Best is an incredibly timely exploration of sexual politics in the #MeToo age, and the unforgettable story of one young woman’s poignant stumbling into adulthood.

“Funny, sharp, and very fun. A contemporary story that follows a complex set of characters so self-aware that they become even more vibrant on the page.” —Weike Wang, author of Chemistry
“I was honestly surprised to find so many funny one-liners in a novel with the unlikely subject of comedy writing, which is usually a bruising, neurotic enterprise. Erin Somers is a clear-eyed and clever young talent who has mastered the special art of dissection with affection.” —Carl Hiaasen, New York Times bestselling author
“Our whole culture desperately needs Stay Up with Hugo Best. A book so relevant, and yet so incredibly funny.” —Gary Shteyngart, author of Super Sad True Love Story

Erin Somers’ writing has appeared in the New Yorker, Tin House Open Bar, Ploughshares, American Short Fiction, McSweeney’s, the Cincinnati Review, and many other publications. She holds an MFA from the University of New Hampshire and was a 2016 NYC Center for Fiction Emerging Writer Fellow and a 2016 Millay Colony resident. She lives in Beacon, New York, with her husband and daughter. Stay Up with Hugo Best is her first novel.