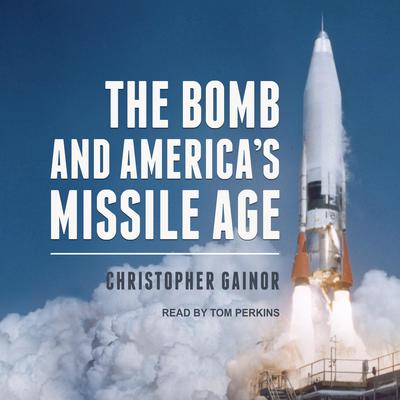 The Bomb and America's Missile Age

The intercontinental ballistic missile (ICBM), designed to quickly deliver thermonuclear weapons to distant targets, was the central weapons system of the Cold War. ICBMs also carried the first astronauts and cosmonauts into orbit. More than a generation later, we are still living with the political, technological, and scientific effects of the space race, while nuclear-armed ICBMs remain on alert and in the headlines around the world.

In The Bomb and America’s Missile Age, Christopher Gainor explores the U.S. Air Force’s (USAF) decision, in March 1954, to build the Atlas, America’s first ICBM. Beginning with the story of the guided missiles that were created before and during World War II, Gainor describes how the early Soviet and American rocket programs evolved over the course of the following decade. He argues that the USAF was wrongly criticized for unduly delaying the start of its ICBM program, endangering national security, and causing America embarrassment when a Soviet ICBM successfully put Sputnik into orbit ahead of any American satellite.

Christopher Gainor is the author of To a Distant Day: The Rocket Pioneers and Arrows to the Moon: Avro’s Engineers and the Space Race. He is the editor of Quest: The History of Spaceflight Quarterly.