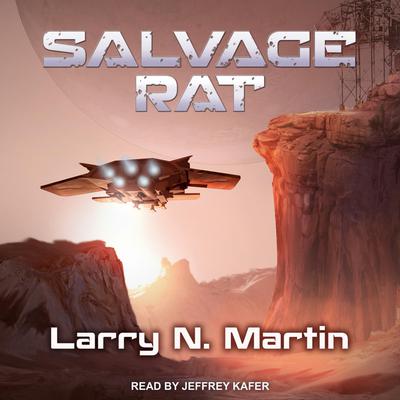 Star Force pilot and hero Wyatt McCoy left his medals and career behind after the Rim Wars, disillusioned and bitter when he learns the truths behind the conflict. He takes his converted gunship, the Nellie B, and heads to the Near Fringe, salvaging derelict ships and abandoned stations and mining colonies.

Dr. Beth Parker is a space archaeologist, documenting the history of planetary expansion and colonization for Kalok Enterprises and the Interplanetary Mining Guild. A piece of alien technology embeds itself in Beth's arm, giving her the ability to see the energy impressions of long ago people and events. When Beth uncovers proof of genocide that could bring down the big mining companies, she's the target of assassins. Wyatt makes a split-second decision to intervene, launching them both into a high-stakes cat-and-mouse game with some of the most powerful organizations in the system. They can prove Kalok and Interplan killed millions—but can they live long enough to tell their story?

I really enjoyed [Kafer's] work bringing Salvage Rat alive. He has a deep reverberating voice that is flexible so that he did the female voices just fine as well. —Hot Listens