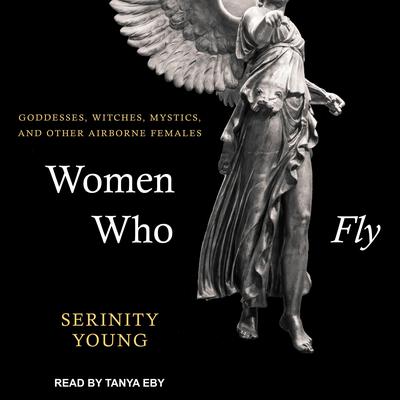 Women Who Fly: Goddesses, Witches, Mystics, and other Airborne Females

From the beautiful apsaras of Hindu myth to the swan maidens of European fairy tales, stories of flying women—some carried by wings, others by clouds, rainbows, floating scarves, and flying horses—reveal the perennial fascination with and ambivalence about female power and sexuality. In Women Who Fly, Serinity Young examines the motif of the flying woman as it appears in a wide variety of cultures and historical periods, in legends, myths, rituals, sacred narratives, and artistic productions. She considers supernatural women like the Valkyries of Norse legend, who transport men to immortality; winged deities like the Greek goddesses Iris and Nike; figures of terror like the Furies, witches, and succubi; airborne Christian mystics; and wayward, dangerous women like Lilith and Morgan le Fay. Looking beyond the supernatural, Young examines the modern mythology surrounding twentieth-century female aviators like Amelia Earhart and Hanna Reitsch.

The first book to systematically chronicle the figure of the flying woman in myth, literature, art, and pop culture, Women Who Fly offers a fresh look at the ways in which women have both influenced and been understood by society and religious traditions throughout the ages and around the world.

Serinity Young is a research associate in the Department of Anthropology at New York’s American Museum of Natural History. She is also Adjunct Assistant Professor of Classical, Middle Eastern, and Asian Languages and Cultures at Queens College.