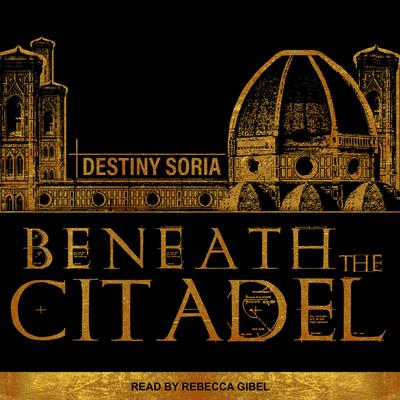 In the city of Eldra, people are ruled by ancient prophecies. For centuries, the high council has stayed in power by virtue of the prophecies of the elder seers. After the last infallible prophecy came to pass, growing unrest led to murders and an eventual rebellion that raged for more than a decade. In the present day, Cassa, the orphaned daughter of rebels, is determined to fight back against the high council, which governs Eldra from behind the walls of the citadel. Her only allies are no-nonsense Alys, easygoing Evander, and perpetually underestimated Newt. Cassa struggles to come to terms with the legacy of rebellion her dead parents have left her, and the fear that she may be inadequate to shoulder the burden. But by the time Cassa and her friends uncover the mystery of the final infallible prophecy, it may be too late to save the city—or themselves.

Destiny Soria lives and works in the shadow of the mighty Vulcan statue in Birmingham, Alabama. Her first book, Iron Cast, was published in 2016 to critical acclaim. Find her at www.destinysoria.com. Twitter and Instagram: @thedestinysoria. Facebook: @dlsoria.