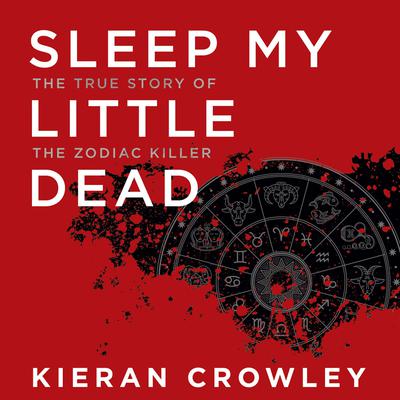 Sleep My Little Dead: The True Story of the Zodiac Killer

The twisted copycat who looked to the stars...
He slipped like a sinister shadow in the night, stalking, then savagely attacking. Most of his unsuspecting targets were shot at close range and one woman was stabbed over one hundred times. After dispatching his victims, police allege he left their bloodstained bodies and crept back to the neatly kept room in his mother's apartment.

Sleep my little dead...
The taunting, bizarre letters alleged killer Heriberto Seda sent to the police and the New York Post were full of strange symbols and mysterious references to the Zodiac. For six terror-filled years, the Zodiac killer ruled the night, claiming nine victims in his homicidal rage. One of the biggest manhunts in New York City's history was unleashed...and still the body count rose.

When would the terror end?
Police claim his lethal fury finally exploded one summer afternoon. After shooting his own sister, he held her boyfriend hostage and kept scores of heavily armed police pinned down in a ferocious firefight that finally ended with his surrender. But it was only when an alert detective recognized a symbol drawn on Seda's confession as similar to the personal signature used by the Zodiac Killer in his letters, that investigators concluded that the madman they had arrested was in fact the notorious Zodiac Killer.

Author Kieran Crowley, an award-winning New York Post reporter who covered the case from the first grisly shooting and cracked the psychopath's secret code, reveals the exclusive inside story and finally solves the biggest remaining mystery of the case.