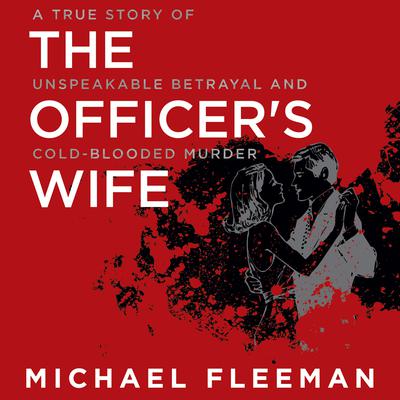 The Officer's Wife: A True Story of Unspeakable Betrayal and Cold-Blooded Murder

A MAN IN UNIFORM
He was a captain in the U.S. Air Force. She was a psychologist in Fayetteville, North Carolina. On the surface, Marty and Michelle Theer appeared to be the perfect married couple. But no one knew of the double life Michelle was leading. Tired of spending one too many nights apart from Marty who was often away on his flight missions, Michelle turned to the Internet to meet men and relieve her loneliness. With each encounter, Michelle became more daring in her sexual escapades. But one man stood out among all the rest: former U.S. Army Staff Sergeant John Diamond.

A WOMAN IN HEAT
The more time Michelle spent with Diamond, the less she wanted to be with her husband. Then on December 17, 2000, Marty was gunned down on a street outside of Michelle's office building. Suspicion first turned to Diamond, and she watched him take the fall for a murder she had masterminded. When authorities went after her, Michelle vanished. For months, federal marshals hunted desperately for Michelle, who had resorted to plastic surgery to avoid the law. In 2002, authorities finally captured her.

A CASE THAT SHOCKED THE AMERICAN MILITARY COMMUNITY
For three months, a jury would hear graphic testimony delving into the sordid details of Michelle's swinging sex life as the happy veneer of the Theers's marriage was quickly peeled away. But when it came time to decide Michelle Theer's fate, her own shocking actions would finally seal her doom...