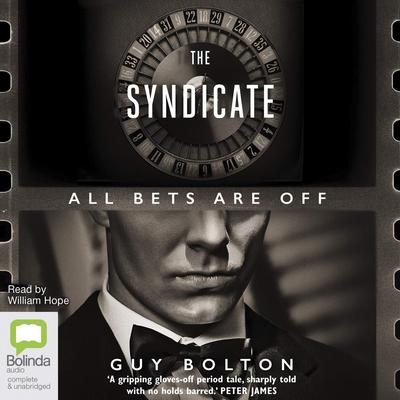 The hotly anticipated sequel to The Pictures. Guy Bolton’s unforgettable 1930s Hollywood fixer Jonathan Craine is thrust into the dark underbelly of the LA mafia, only to discover more secrets and lies

Eight years have passed since the events of The Pictures.

Jonathan Craine has left his old life in Hollywood behind him, content to live out his days on a farm in rural California with his teenage son.

But when infamous mobster and Las Vegas founder Bugsy Siegel is killed at his home in Beverly Hills, Craine is forced to face his past once again.

Summoned to Las Vegas to meet mob head Meyer Lansky, Craine is given the impossible task of finding Siegel's murderers. He has no access to crime reports, no police contacts and no one to help in his investigation other than an ageing hit man and a female crime reporter with her own agenda. But Lanksy's orders aren't to be ignored; if Craine can't find Siegel's murderers in five days, he and his son will both be killed.

Guy Bolton is the author of the Detective Craine historical noir mystery series, including The Pictures, which was shortlisted for the Telegraph Harvill Secker crime writing competition. He lives in London and has worked in publishing, film, and television. He works in drama at the BBC. He is also a screenwriter whose work has been optioned by Bedlam Productions, Hat Trick and Tiger Aspect.