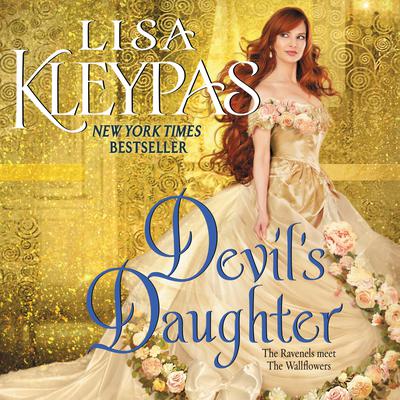 The 2020 Audie Award Winner for Best Narration in Romance

Although beautiful young widow Phoebe, Lady Clare, has never met West Ravenel, she knows one thing for certain: he’s a mean, rotten bully. Back in boarding school, he made her late husband’s life a misery, and she’ll never forgive him for it. But when Phoebe attends a family wedding, she encounters a dashing and impossibly charming stranger who sends a fire-and-ice jolt of attraction through her. And then he introduces himself...as none other than West Ravenel.

West is a man with a tarnished past. No apologies, no excuses. However, from the moment he meets Phoebe, West is consumed by irresistible desire...not to mention the bitter awareness that a woman like her is far out of his reach. What West doesn’t bargain on is that Phoebe is no straitlaced aristocratic lady. She’s the daughter of a strong-willed wallflower who long ago eloped with Sebastian, Lord St. Vincent—the most devilishly wicked rake in England.

Before long, Phoebe sets out to seduce the man who has awakened her fiery nature and shown her unimaginable pleasure. Will their overwhelming passion be enough to overcome the obstacles of the past?

Only the devil’s daughter knows…

“This novel is a work of art. Kleypas’s prose is intoxicatingly gorgeous, as lush and romantic as the circumstances of her stories.” —Entertainment Weekly
“A delightfully smart and sensual historical romance.” —NPR
“Long-time fans of RITA Award-winning Kleypas will relish the cameo appearances of so many of her beloved characters, while readers new and returning alike will revel in her stylish prose, sharp wit, and swoon-worthy sensuality…A splendid Victorian-set historical romance.” —Booklist (starred review)
“A must-read.” —BookPage
“A widow emerges from mourning with the help of a reformed rake in a truly romantic tale.” —Kirkus Reviews
“The listener is immediately immersed in this historical romance…Narrator Mary Jane Wells’s rich voice lends itself to the story. West has matured and developed a wonderful sense of humor, and Wells has the listener warming up to him. Phoebe has two young sons whom Wells endows with appropriately youthful voices. Phoebe is the daughter of Evie and Lord St. Vincent, characters from Kleypas’s Wallflower series. While listeners need not to be familiar with that series, those who are will enjoy this visit with old friends.” —AudioFile

Lisa Kleypas is the New York Times bestselling and award-winninng author of historical romance novels and contemporary women’s fiction. She graduated from Wellesley College with a political science degree.