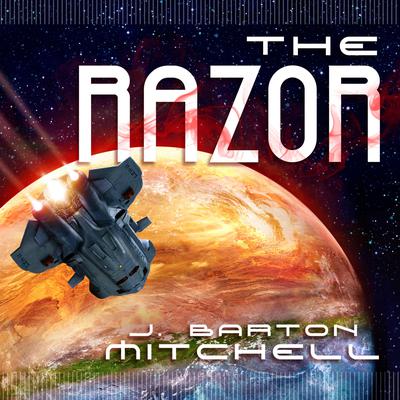 J. Barton Mitchell's The Razor is a riveting science fiction thriller about a man struggling to survive the chaos on a prison planet.

Brilliant engineer Marcus Flynn has been sentenced to 11-H37 alongside the galaxy's most dangerous criminals. A hard labor prison planet better known as the Razor, where life expectancy is short and all roads are dead ends.

At least until the Lost Prophet goes active . . .

In a few hours, prison guards and staff are evacuated, the prisoners are left to die, and dark mysteries begin to surface.

Only Flynn has the skills and knowledge to unravel them, but he will have to rely on the most unlikely of allies—killers, assassins, pirates, and smugglers. If they can survive each other they just might survive the Razor . . . and claim it for their own.

J. Barton Mitchell is a screenwriter, comic-book writer, and author. He studied creative writing at the University of Houston before going on to receive a BS in film studies from the University of Texas. After selling screenplays to Warner Bros. and 20th Century Fox, he created and wrote the comic-book series Poe. He lives and writes in the Los Feliz area of Los Angeles.