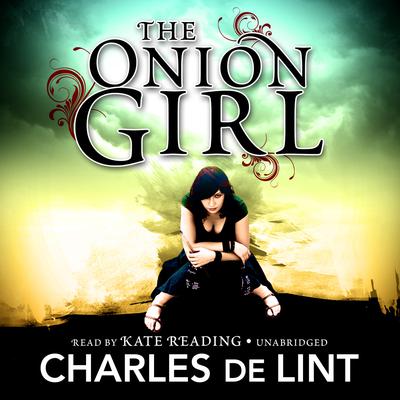 In his stunning novels of magic and danger in the modern world, Charles de Lint has brought an entire imaginary North American city to vivid life: Newford, where magic lights the dark streets, myths walk clothed in modern shapes, and a broad cast of extraordinary people work to keep the whole world turning. At the center of it all stands a young artist named Jilly Coppercorn, with her tangled hair and paint-splattered jeans, whose paintings capture the hidden beings that dwell in the city's shadows.

Now, at last, de Lint tells Jilly's own story; for behind the painter's fey charm lies a dark secret that she's labored to forget. "I'm the onion girl," Jilly Coppercorn says. "Pull back the layers of my life, and you won't find anything at the core. Just a broken child. A hollow girl. She's very, very good at running—but the past has come to claim her now."

“De Lint is a romantic; he believes in the great things, faith, hope, and charity (especially if love is included in that last), but he also believes in the power of magic—or at least the magic of fiction—to open our eyes to a larger world.” —Edmonton Journal
“[A] fascinating blend of urban faerie and dreamworld adventures…This crazy-quilt fantasy moves from the outer to the inner world with amazing ease and should satisfy new and old fans of this prolific and gifted storyteller, whose ability to peel away layers of story could earn him the title ‘The Onion Man.’” —Publishers Weekly
“A master storyteller, [de Lint] blends Celtic, Native American, and other cultures into a seamless mythology that resonates with magic and truth.” —Library Journal
“What makes de Lint’s particular brand of fantasy so catchy is his attention to the ordinary. Like great writers of magic realism, he writes about people in the world we know, encountering magic as a part of that world. Fairy tales come true, and their magic affects realistic characters full of particular lusts and fears.” —Booklist