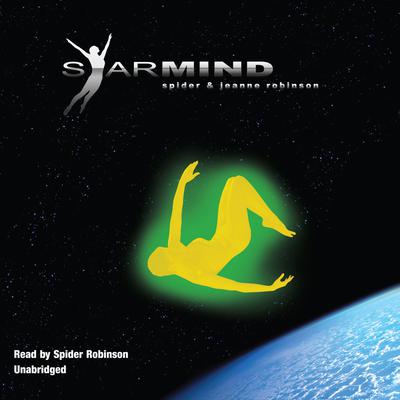 By Spider and Jeanne Robinson
Read by Spider Robinson

This concluding novel in the Stardance Trilogy takes readers to the year 2064; Earth is enjoying an era of unprecedented peace and prosperity due to the Starmind, a universal overmind engineered by benevolent aliens. Art in all its forms flourishes, and composer Rand Porter has been offered the job of a lifetime as a shaper of visual effects and music in High Orbit for the world’s most famous zero-gravity dance company. But his beloved novelist wife, Rhea Paixao, has her roots sunk deep in the Earth and her beloved Cape Cod. As they wrestle with their private dilemma, bizarre things—small miracles, really—are beginning to occur everywhere on Earth and throughout the entire Solar System. The human race and its evolutionary successors, the space-dwelling Stardancers, find themselves approaching the terrifying cusp of their shared destiny, an appointment made for them a million years ago—a make-or-break point beyond which nothing, anywhere, can ever be the same again.

“Not surprisingly, the novel features the authors’ usual well-drawn characters.” —Publishers Weekly
“This final book of the Stardance trilogy will best be appreciated by readers of the prior books.” —Midwest Book Review
“The Robinsons’ novels are a wonderful antidote to cynicism and despair…They are permeated with a sense of tolerance, compassion, and joyfulness.” —Georgia Straight