In the kingdom of Axaria, a darkness rises.

Some call it a monster, laying waste to the villagers and their homes.
Some say it is an invulnerable demon summoned from the deepest abysses of the Immortal Realm.
Many soldiers from the royal guard are sent out to hunt it down.
Not one has ever returned.

When Asterin Faelenhart, Princess of Axaria and heir to the throne, discovers that she may hold the key to defeating the mysterious demon terrorizing her kingdom, she vows not to rest until the beast is slain. With the help of her friends and the powers she wields—though has yet to fully understand—Asterin sets out to complete a single task. The task that countless trained soldiers have failed.

But as they hunt for the demon, they unearth a plot to assassinate the princess herself instead. Asterin and her companions begin to wonder how much of their lives have been lies, especially when they realize that the center of the web of deceit might very well be themselves. With no one else to turn to, they are forced to decide just how much they are willing to sacrifice to protect the only world they have ever known.

That is … if the demon doesn’t get to them first.

From young author Coco Ma comes a dazzling new tale of adventure, power, and betrayal, weaving together a stunning world of magic with a killer cast in an explosive, unforgettable debut.

“You can expect scandal, evenly matched wit and skill, intense magic, and fierce romance! This book has everything I wanted in a new young adult fantasy series and if you’re a fan of the genre or like rich characters like I do, then this is one to add to your TBR.” —The Nerd Daily
“Shadow Frost is one of the best books of 2019 and needs to be on everyone’s must-read lists!” —Jennifer L. Armentrout, #1 New York Times bestselling author
“A gorgeous tale with a matryoshka of plots stacked within plots, a fierce rebellious princess, a cast of characters you will constantly be rooting for, stunning magic, and, of course, all the bloody demons you can shake a sword at!” —Rin Chupeco, author of the Bone Witch series
“Shadow Frost is a fresh, confident, and remarkably self-assured book. Asterin Faelenhart is a heroine of a type I wish had been more common when I’d been a teenager—capable and imperfect, tender and sharp, with both sword and magic readied in the face of overwhelming odds. If Ma was this good at fifteen, the future of the genre is extremely bright.” —Tamsyn Muir, author of Gideon the Ninth
“Shadow Frost is a promising start to what I hope will be a long series, with a myriad cast of characters sure to appeal to the young adult reader, and a full and satisfying finish. Coco Ma is a new, enthusiastic voice in young adult fantasy, and I can’t wait to see what she comes up with next.” —Kim Harrison, author of the bestselling Hollows series and the Madison Avery series
“A world of magic and intrigue is cannily laid out by a newcomer to the field of high fantasy. As expertly as she catapults a piano sonata into flights of tonal glory, Coco Ma lures a reader into the kingdom of Axaria, where powerful teen-noble Asterin fights against treachery and malice. The color and pace of Shadow Frost rivals anything else you will encounter this year on the far side of reality. Dress warmly.” —Gregory Maguire, New York Times bestselling author of Wicked
“Ma’s debut takes readers on a suspenseful ride set in a deftly detailed fantasy world…Each character is individually real and relatable as they tell their personal story alongside the bigger plot. The hint of a sequel promises more adventures in this vivid world.” —Booklist
“This is eighteen-year-old Ma’s fantasy debut, but it already promises plenty of stunning storytelling and amazing adventures.” —Hypable
“Readers will enjoy the novel’s exciting action sequences and original mythology…A fantasy with an intriguing premise." —Kirkus Reviews
“Asterin is a strong and realistically flawed heroine, and the other characters are satisfactorily fleshed out.” —School Library Journal
“Like Asterin herself, [Coco Ma] clearly has magical abilities. Luckily for readers, the result is a stunning first novel in a very promising new series.” —The Portalist 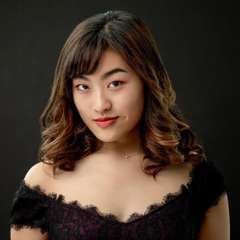 Coco Ma is a Canadian author and pianist. At the age of fifteen, she wrote the first book of the Shadow Frost Trilogy and hasn’t looked back since. After learning the piano during her childhood, she has performed on some of the world’s greatest concert stages and graduated with a precollege diploma in piano performance from the Juilliard School in New York City. Currently, she studies at Yale University.

At this point, she wishes she could mention having a dog or a small dragon, except pets (and happiness, apparently) are tragically prohibited at her dormitories. When she isn’t writing, practicing piano, or wreaking havoc, you might find her bingeing Netflix or eating cake. Lots of cake.