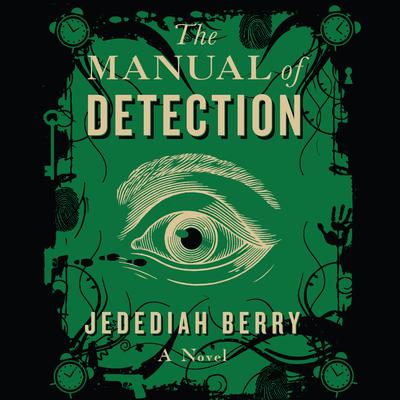 The Manual of Detection

Winner of the 2009 Hammett Prize

An unlikely detective—armed only with an umbrella and a singular handbook—must solve a string of crimes committed in and through people’s dreams. In an unnamed city slick with rain, Charles Unwin toils as a clerk at an imperious detective agency. His job: writing reports on cases solved by the palindromic Detective Travis Sivart. When Sivart goes missing and his supervisor is murdered, Unwin is promoted to detective, a rank for which he is woefully unprepared. His only guidance comes from his sleepy new assistant and the pithy yet profound Manual of Detection. Unwin mounts his search for Sivart but soon faces impossible questions: Why does the mummy at the Municipal Museum have modern-day dental work? Where have all the city’s alarm clocks gone? Can the man with the blond beard really read his thoughts? Meanwhile, Unwin is framed for murder, pursued by goons, and confounded by a femme fatale. His only choice: to enter the dreams of a murdered man.

Jedediah Berry holds an MFA from the University of Massachusetts at Amherst and has been published in Best New American Voices 2008 (his story was described by Kirkus Reviews as a “mordant, gripping fantasy”) as well as in literary magazines and online fiction sites. By day, he is an assistant editor at Small Beer Press in Easthampton, Massachusetts.