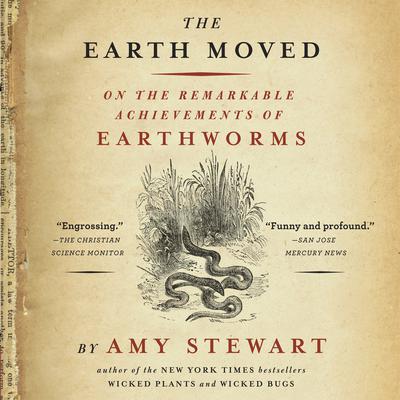 The Earth Moved: On the Remarkable Achievements of Earthworms

They destroy plant diseases. They break down toxins. They plough the earth. They transform forests. They’ve survived two mass extinctions, including the one that wiped out the dinosaur. Not bad for a creature that’s deaf, blind, and spineless. Who knew that earthworms were one of our planet’s most important caretakers? Or that Charles Darwin devoted his last years to studying their remarkable achievements?

Inspired by Darwin, Amy Stewart takes us on a subterranean adventure. Witty, offbeat, charming, and ever curious, she unearths the complex web of life beneath our feet and investigates the role earthworms play in cutting-edge science—from toxic cleanups to the study of regeneration.