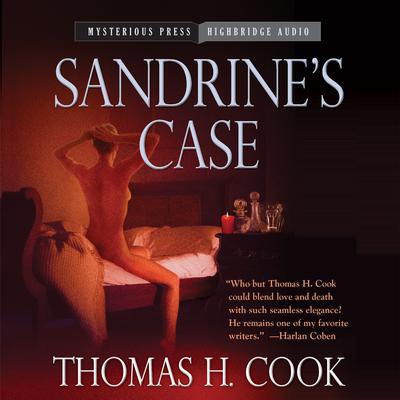 Samuel Madison always wondered what Sandrine saw in him, he a meek, stuffy doctorate student and she a brilliant, beautiful bohemian with limitless talent and imagination. Yet on the surface their marriage seemed perfectly tranquil: jobs at a small liberal arts college, a precocious young daughter, a home filled with art and literature, and trips to some of the world’s most beautiful places. Then one night Sandrine is found dead in their bed from a deadly overdose of pain medication and alcohol, and Samuel is accused of poisoning her. As the truth of their turbulent marriage comes to light, Samuel must face a town convinced of his guilt, a daughter whose faith in her father has been shaken to it’s core, and the truth about his brilliant wife whose shattering secrets could set him free—or condemn him to death.

“Often praised for the clarity of his prose and the sheer drive of his storytelling, [Cook] deserves a special citation for bravery.” —New York Times Book Review
“[A] consistently engaging court procedural…The courtroom proceedings thrillingly advance the narrative to its surprising conclusion, but the real treat is Cook’s tender, gradual exploration of the push and pull between Samuel and Sandrine, an unlikely pair.” —People
“[A] slow-burning, intricate thriller…one of [Cook’s] best.” —Publishers Weekly (starred review)
“Another fine effort from the always insightful Cook.” —Booklist
“A marvelous tale of human nature.” —Kirkus Reviews (starred review)