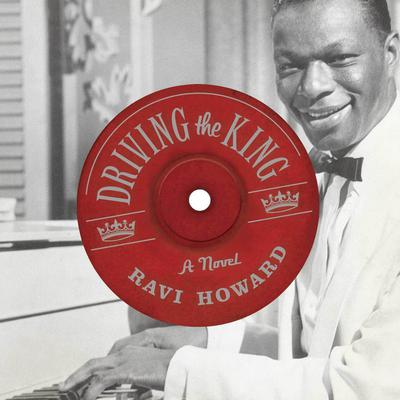 A BookPage Top Pick for January 2015

A darling and brilliant new novel that explores race and class in the 1950s America.

The war is over, the soldiers are returning, and Nat King Cole is back in his home town of Montgomery, Alabama, for a rare performance. His childhood friend, Nat Weary, plans to propose to his sweetheart, and the singer will honor their moment with a special song. But while the world has changed, segregated Jim Crow Montgomery remains the same. When a white man attacks Cole with a pipe, Weary leaps from the audience to defend him - an act that will lead to a 10-year prison sentence.

But the singer will not forget his friend and the sacrifice he made. Six months before Weary is released, he receives a remarkable offer: he will be Nat King Cole's driver and bodyguard. It is the promise of a new life removed from the terror, violence, and degradation of Jim Crow Alabama.

Weary discovers that, while in Los Angeles is far different from the deep South, it is a place of discrimination, mistrust, and intolerance where a black man - even one as talented and popular as Nat King Cole - is not wholly welcome.

An indelible portrait of prejudice and promise, friendshit and loyalty, Driving the King is a daring look at race and class in pre-Civil Rights America, played out in the lives of two remarkable men.

“A moving tale about bigotry and the power of friendship.” —People
“Ravi Howard tells a thoroughly convincing story about the singing star Nat King Cole’s best friend…[A] warmly enveloping book…Appealing.” —New York Times
“By following Howard’s characters, we are allowed a sidelong but penetrating glimpse into one of the most important events in American history…Howard bends history…proving that the past can be best felt through refracted light rather than under the harsh glare of historical fact.” —Minneapolis Star Tribune
“Howard brings readers back in time to postwar Alabama, in this velvety smooth fictional memoir…[His] prose goes down like the top-shelf whiskey that Weary favors, making for a heady reading experience.” —Publishers Weekly (starred review)
“Powerful…A personal, poignant portrayal of how the lives of African Americans could be so easily derailed by racial inequality.” —Library Journal (starred review)
“Through unfussy language and well-formed characters, Howard takes readers of all races, ages, and classes into the world of pre-civil rights-era black people, offering insight on and understanding of one of our country’s most tumultuous periods.” —BookPage
“Alternating between the cities and Weary’s past and present, Howard explores race relations in the pre–civil rights era and the strong ties forged between two extraordinary men.” —Booklist
“Narrator Adam Lazarre-White perfectly conveys the two very opposite voices of 1950s African-American singer Nat King Cole and his driver, Nat Weary…Lazarre-White inhabits Weary as he serves time in a tough Southern prison and then portrays his changed life when he works for Cole. Listeners will feel as if they’re privy to conversations in pre-civil rights America, a period when buses were boycotted and Cole had to sponsor his own fifteen-minute program. Most impressive is Lazarre-White’s rendering of Cole’s lovely, mellow speaking voice.” —AudioFile

Ravi Howard won the Ernest J. Gaines Award for Literary Excellence, and he was a finalist for the PEN/Hemingway Award for his novel Like Trees, Walking; and was a National Endowment for the Arts Literature Fellow. Howard’s work has appeared in Callaloo, the Massachusetts Review, the New York Times, and on NPR’s All Things Considered. As a sports producer with NFL Films, he won an Emmy in 2005 for his work on Inside the NFL. He lives in Atlanta, Georgia.